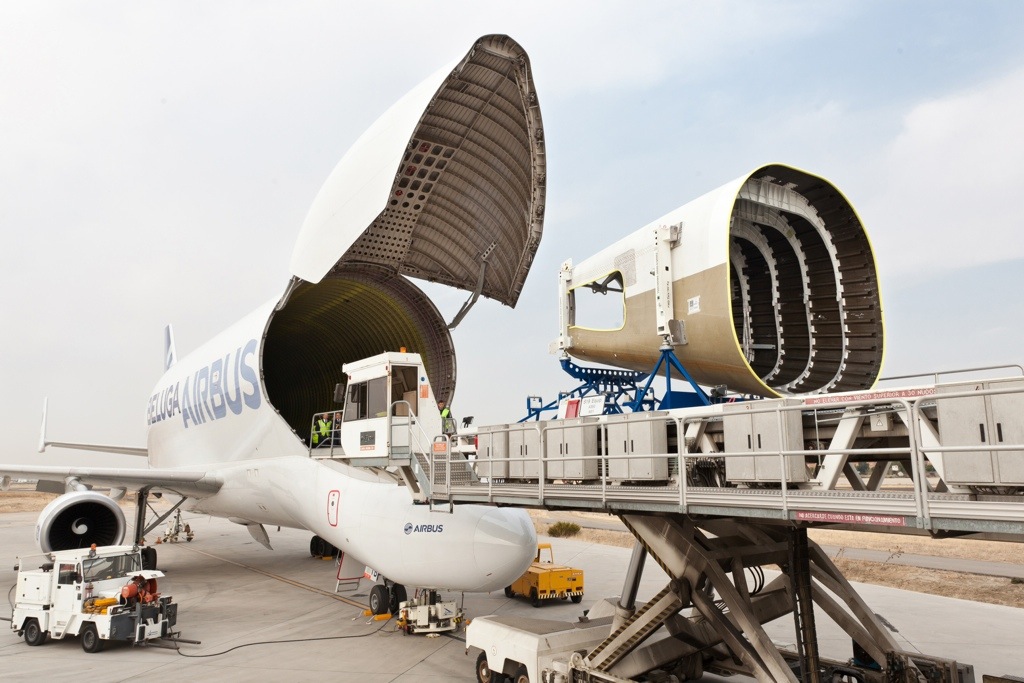 Here are the answers to last Friday’s video, enjoy!

1) The name of Airbus’ cargo plane is called the Beluga, originally it was called the Super Transporter, but the name Beluga became popular because of its shape and Airbus began to officially use this new name.

2) In 1991 Airbus began developing the Beluga after their Boeing Super Guppies became too small for their cargo transport needs. The first step in the design process was to build the A300. The lower part of the Beluga is the same as the A300. They have the same engines, wings and landing gear.
The Super Guppy opened like a door, with the cockpit moving to the side to allow cargo loading. This was a slow process because lots of cables had to be disconnected first, and reconnected after loading. Airbus wanted to be able to open the cargo hold door without removing these electrical cables, so they built the Beluga with a very high cargo storage area (7.7m), and moved the cockpit down a little. As a result, the Beluga’s cockpit doesn’t move during loading and unloading, and everything is faster because cables don’t need to be connected or disconnected.
Today, Airbus uses five Belugas to transport its parts from its manufacturing facilities to its assembly plant. In January 2014, CNN released a report saying that Airbus plans to build a larger Beluga in the future, called the Beluga XL and based on the A330, whether redesigned or not, it seems likely that this plane’s important function will continue well into the future.

Instagram
During these uncertain times even the OEMs are hav